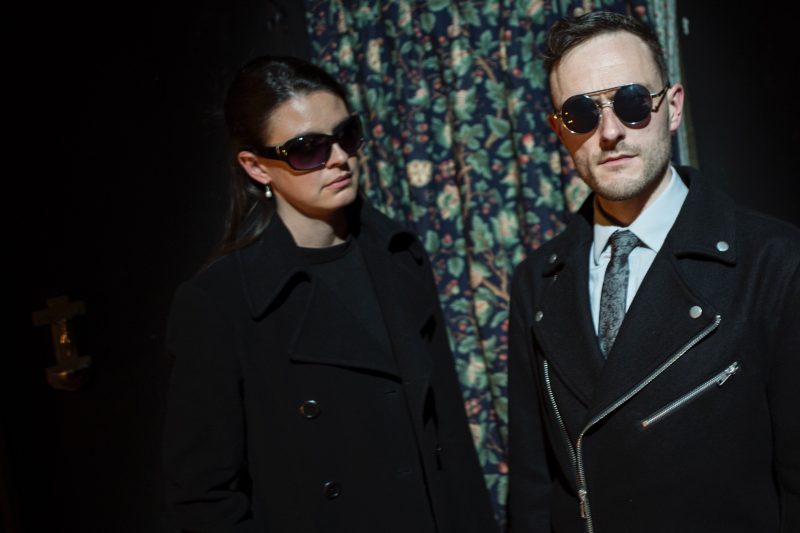 For an interview with creators David Fairs and Anna Marsland, please see the accompanying article.

For more information on I Know You Of Old, please refer to the accompanying news article.

David Fairs flips comedy into tragedy with apparent ease – the fluidity of the text belies the time and effort taken to rework a Shakespearean script and give it a whole new angle. Puritans may argue that Shakespeare is not a playwright to be mess about with, but the care and respect Fairs gives to The Bard only further showcases his writing prowess.

How many other playwrights could put together the Renaissance equivalent of a farce, only to have the exact same words restructured into a tragedy? I Know You Of Old pays homage to Much Ado About Nothing without leaning on it, a safety blanket or a crutch for when times get tough.

Anna Marsland directs a show that takes place in one single room, a coming and going of conversation with pace, tenderness and ever more fragile emotional states. It doesn’t hurt that the room is a chapel, typically a place where individuals are more malleable and willing to grasp at straws. Benedick (Fairs) uses this to his advantage, consoling companion Claudio (Conor O’Kane) over the death of his fiancé while simultaneously winning over equally sharp-tongued Beatrice (Sarah Lambie).

A series of blunt exchanges pushes the story along in the style of a classic work, but with elements of modern day attention to detail. Marsland is a thorough visionary – she constructs the world with nuance and finesse, ensuring the little things don’t crack the façade that she painstakingly puts together. iPods plays romantic songs; iPhones capture moments that should be left private; iPads are used to swap hidden notes about love and longing. A sponsorship deal with Apple surely isn’t far away.

The plot twist away from Shakespeare is lain out for all to see immediately – the coffin of Hero, not happily reconciled with Claudio but instead having taken her own life in the misery of being wrongly shamed at her wedding. O’Kane is clearly grief-stricken, yet rushes over his dialogue as if the sadness is so overwhelming that it runs away from him. Physically however, his successive breakdowns are magnetic, etched across his face for the world to see.

The flipside to O’Kane’s performance is when a comedy matchmaking session thankfully takes his mind off things – musing over the plot with his dead fiancé has the pace, pause and placement that great comedy delivery is renowned for. The juxtaposition of plotting trysts with a corpse in a box isn’t loss for comedic value either.

The verbal sparring of Beatrice (Lambie) and Benedick (Fairs) is the highlight of I Know You Of Old. They fire poison barbs laced with romantic subtext at each other, spat with affable vitriol that sets up Claudio’s honey trap perfectly. There is the icy touch of caricature that creeps into both performances at times, but this is swiftly washed down with self-awareness and a confident delivery of text.

As Benedick, Fairs is impish and arrogant, transforming from Lothario to Romeo seamlessly. The highlight of his performance however is at the end – Benedick’s tricks are unearthed and Fairs reveals himself as the sly, poisonous snake, slippery and with a slimy confidence to match. Lambie’s Beatrice is a welcome counter – the other side of the same coin. For she too exudes false confidence, but reveals a tender and sincere sense of right upon discovering the schemes of her peevish lover. As with Claudio, both of these performers are adept in their physicality but are equally in control of their verbal delivery.

I Know You Of Old feels like a classic work, Fairs and Marsland ensuring that Shakespeare is praised and honoured throughout the tale. Those familiar with Much Ado About Nothing will find welcome in-jokes to tantalise and delight. But the show does not require its predecessor to be enjoyed, the incense-filled chapel providing delight and drama well enough on its own.

Adaptor text of William Shakespeare’s Much Ado About Nothing

I Know You Of Old plays The Hope Theatre until 1 July 2017. For more information or to book tickets, please visit the website.